I read about this on Treehugger this morning and believe it will be my new "thing"..    The idea is that you start at about age 50 and work on downsizing so that when you die, there is nothing much left for family to deal with.  (Except fabric and art supplies!  haha)

So, I'm a little late getting starting  (8 years late) but better late than never.   Actually, I have been getting rid of things. I just need to be more aggressive.

Some things (like this old typewriter) are just really hard to part with.  I bought this at a yard sale before Jes was born.  He turns 27 in January.  When he was little I would put a sheet of paper in and he would bang away on the keys for what now seems like hours.  It was surely only a few minutes, but what young mother doesn't appreciate even a little bit of free time?  At some point he broke something on it, and it no longer types.

Maybe when he is home in March, I can tell him the story and let him finish taking it apart for an art project...  Or maybe he will just roll his eyes and throw it away. 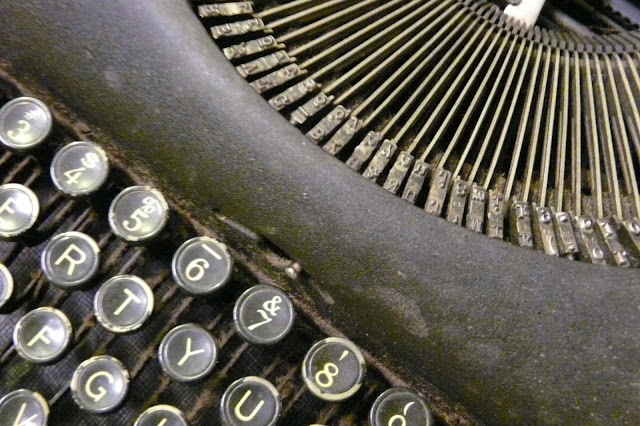 cheryl lennox
I am an art quilter. In the past few years I've begun working smaller - this helps as we age, right? Fabric is my first love, but after being introduced to threads and beads I find that I can't get enough!